On our last day on Oahu we woke up to a beautiful sunny, mild day (OK it was still dark, but it looked promising!). Because the previous day had been so rainy, I convinced James to go on a sunrise hike with me, so that we could check one more off the bucket list. At 6:30, we piled in the car and drove off to the Makapu’u Lookout trail on the Eastern part of the island.

The Makapu-u trail is paved and well kept (when we were there, someone from the state was actually clearing off the mud and debris from the previous days storm). It’s about a mile to the top, and while there is definitely an incline, this is doable for those who are not as active or pushing a stroller (which I saw a lot of tourists unsuccessfully try to do on other trails). 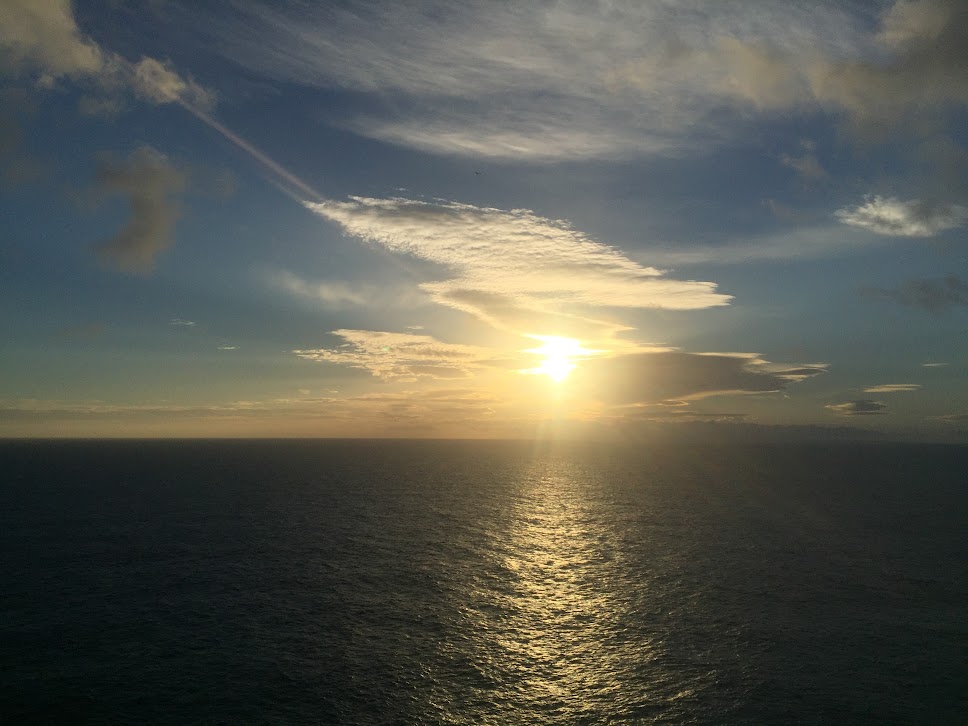 At sunrise, there were only a few other people on the trail, making this incredibly peaceful and quiet. Once high enough up, there are a few binocular stands to look out across the ocean. If you’re lucky, like us, you might even spot some whales! The end of the trail exposes a lighthouse that’s built into the side of the cliff and amazing views of the island. 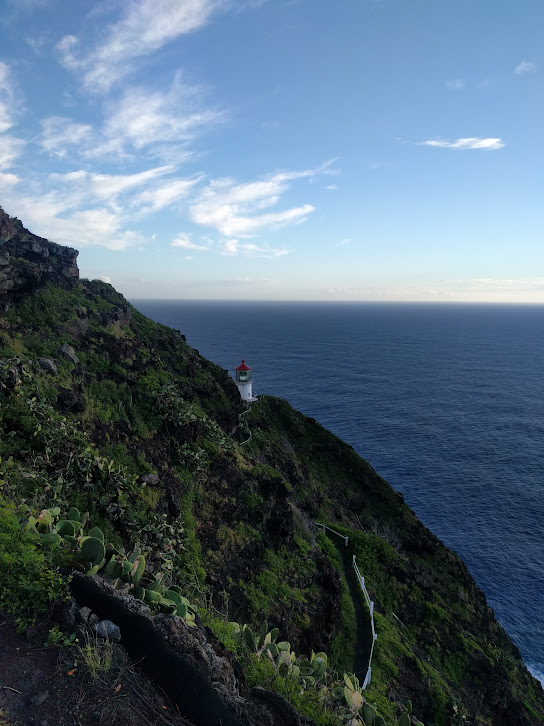 We made our way back down and swiftly returned to the AirBnb to clean up, pack our last remaining articles of clothes and rinse off the mud and sweat of our hike. Saying goodbye to our faithful little apartment, we headed into Honolulu for coffee and tea.

Earlier in the week, we stumbled across a public market area with lots of shops and food vendors. Arvo, one of the places we had coffee previously was around the corner, so we decided to give this area a go again. I grabbed an espresso tonic from 9Bar HNL and a matcha mochi bar (gluten free and vegan – and delicious!). James grabbed another chai latte from Arvo.

From here we made our way to the Honolulu Art Museum, where our tour of Shangri La would take off from. James and I were definitely the youngest couple on the tour by about 30 years, but it is fantastic! 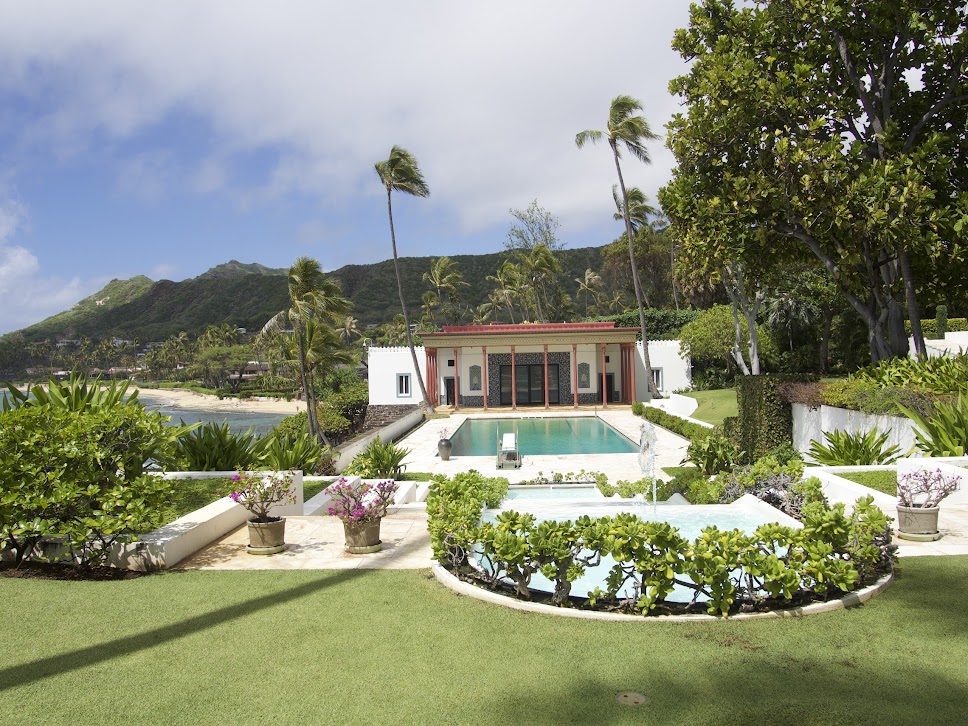 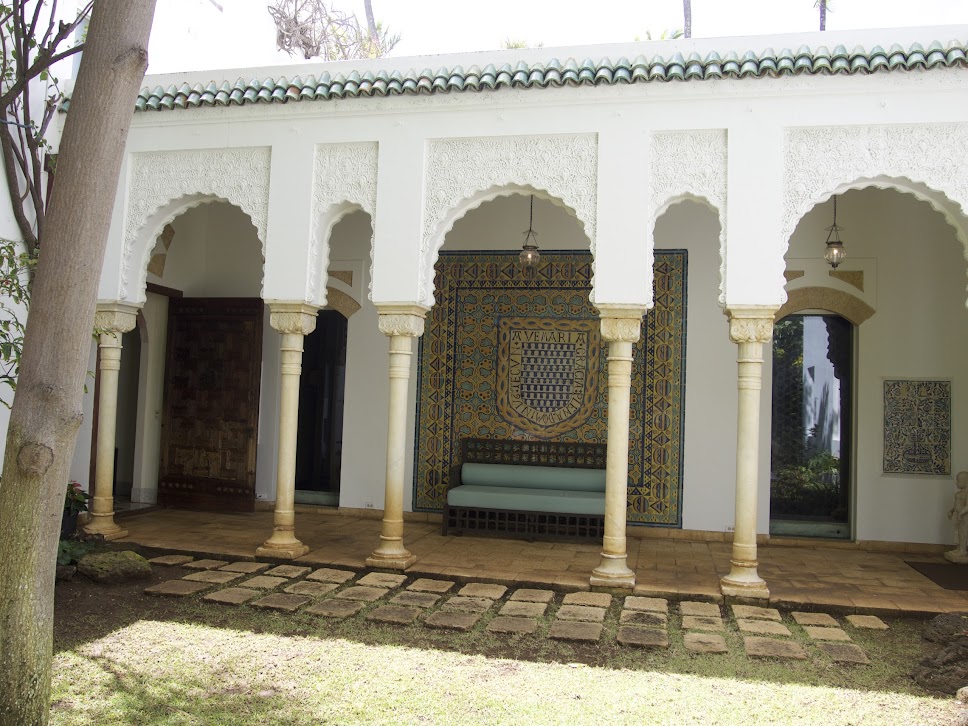 Shangri La is the home of Doris Duke, a incredibly wealthy woman who traveled the world and became enamored with Islamic art and culture. Her Hawaiian vacation home was built in the style of Islamic art – and took influence from Iran, Egypt, Turkey and many more countries. It was stunning.

A tour guide brings you through her home, pointing on fabulous work that she either bought or had commissioned. In 1939 the house cost $1.4 million, a pretty penny then. The property overlooks Diamond Head and Doris Duke ensured easy access to swimming and surfing. I highly recommend – and if you’re worried about spending indoor time when it’s sunny out, fear not, the tour actually has a decent amount of time in her gardens. 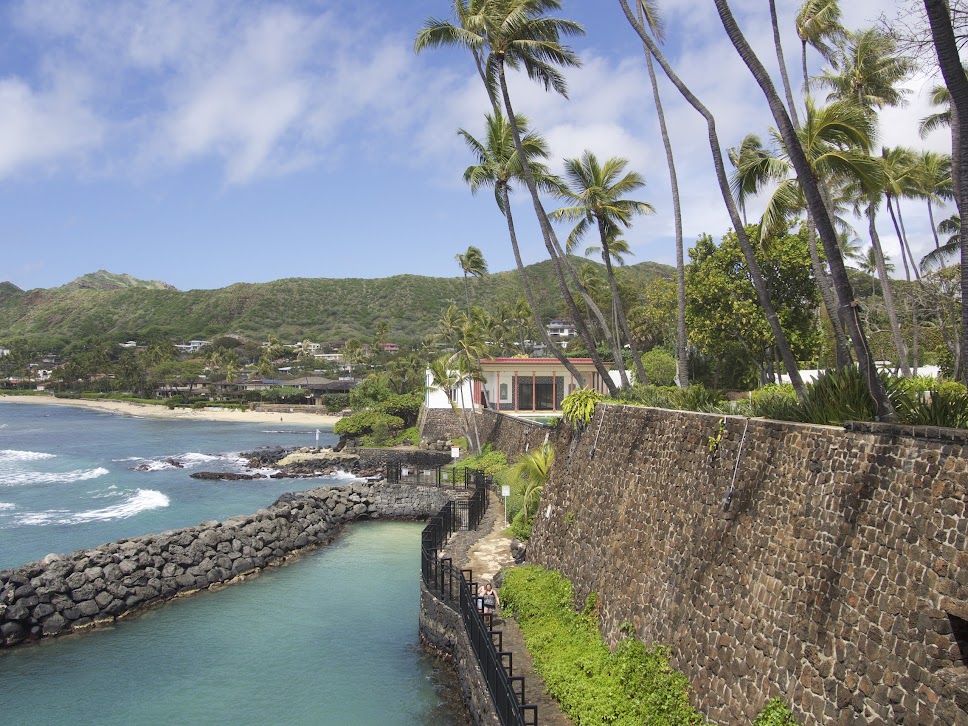 Upon returning to the art museum (which you do receive free admission to if you book the Shangri La tour), we headed out to find our final poke bowl. We ended up at a make it yourself poke bowl shop and then drove around until we found a little park we could stop at and eat.

Our rental car was due back at 2 pm, so we headed to the airport after this. It was a good thing we would be at the airport so early, because that horrendous trip to Hawaii? It was repeated on the way home. The JetBlue attendant who refused to close out the transaction in New York caused a freeze on our tickets and no seats on our return home. We made it on the plane with a matter of minutes to spare. And in case you’re wondering, Honolulu’s airport is partially outdoors, which means that when you change into your winter clothes once you make it through security, you will definitely be sorry as you run through the airport to your gate.